At the Master School for Art Education, it was compulsory for female students to take 22 hours per week per semester needlework in the 5th and 6th semesters. In the course of establishing this Master School in 1941, the first female instructors at the Academy of Fine Arts Vienna were appointed as teachers of needlework. Mädchen unter Bäumen uses the tapestry of the same name from 1941, which students in Wuppertal embroidered in a laborious collaboration with their art teacher and needlework teacher. This ornamental wall decoration for the classroom shows a self-portrait of the girls in nature, which is framed by this saying: “Ye people, learn but from the meadow flower, how ye can please God and be beautiful as well.”
The artistic work inserts two embroidered personal ads from the Wochenschau newsreel that appeared in Vienna in 1942 into Mädchen unter Bäumen: “Girl seeks correspondence with girlfriend under modern” and “Lady wants girlfriend for cinema and theater.”

Such displays are the only publicly visible words, and are among the few supporting documents, on lesbian life during the Nazi regime in Vienna.
“Girl” and “lady” had been codes in lesbian subculture since the first women’s movement. The colors lila and violet and the specifying of a girlfriend were other indicators of homosexuality in the 1920s. In her 1999 book Verbotene Verhältnisse (“Forbidden Relationships”), historian Claudia Schoppmann has worked on the history associated with the 1942 ads based on Viennese court records. The ad placed by the youth educator Lisbeth L. resulted in several exchanges of letters and at least one brief relationship. The Gestapo opened one of the letters and the women were brought to trial and sentenced to prison for “fornication abhorrent to nature.” 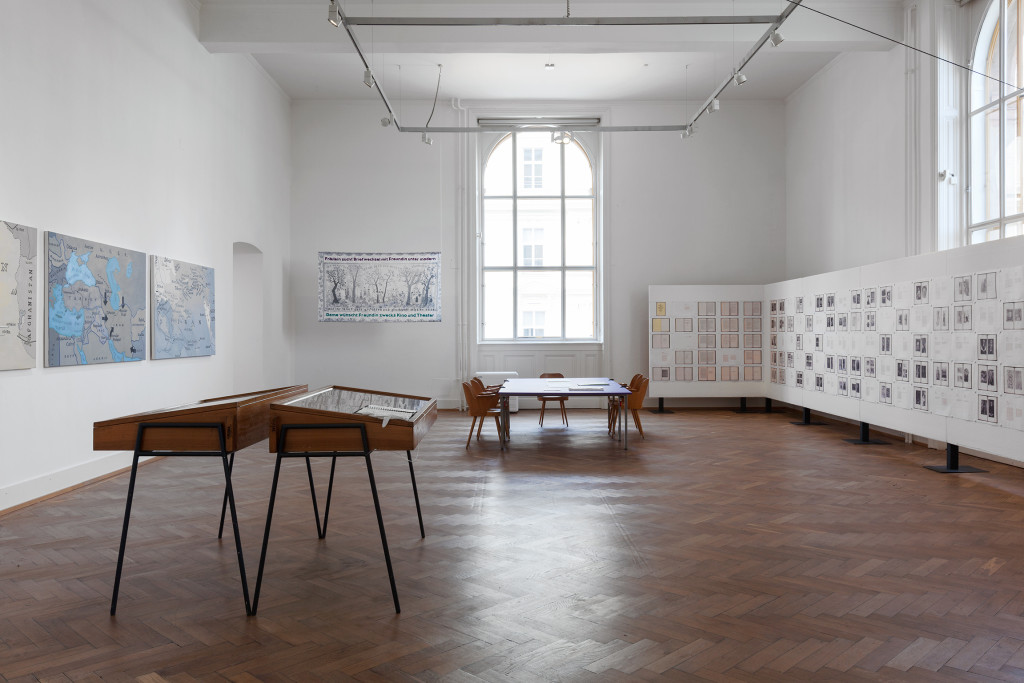